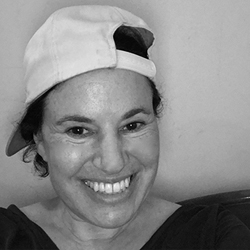 Is she is she
Is she a warrior?
Was there a struggle?
Is there evidence of a struggle?
evidence
like phone phobia
and dark-room PTSD….
Like teaching her 3 year old to dress in under 2 minutes
Just in case…
Evidence of a warrior battle won, this evidence carefully folded and hidden in stories told
a hundred times
to a daughter’s obsessed ears
a daughter’s adventure-thirsty ears
Bloodthirsty ears
Ears transfixed, and morbidly fascinated by the hiding
By the dark apartment, by the hand over her mouth and the knocks on the door
The identity papers and train stations,
By truck rides in the middle of the night, and the baby hidden in an oven,
and drugged to sleep, so she wouldn’t cry out
so many stories of people who nearly got caught, just barely escaped, didn’t make it,
never came back, risked their life for another, lost, and then found each other.
Or never did.

Evidence of a warrior-battle won, this evidence carefully folded and hidden in stories told
a hundred times
After she learned to remain silent,
carefully look only at her feet, ask and answer no questions
My mother still stuck her tongue out at the Nazis
In her six year old act of silent resistance.

Does that make her a warrior? Or is it simply the living that she did,
how she made her life,
woke up each morning, made plans,
changed them, and kept going…

This is the gift my mother gave me.
How to keep going in the face of the horror
how to see the madness
how to not back away
how to stare it down.

She gave me the gift of knowing that each of us
must answer
some very basic questions
in the privacy of our own souls.

The world is frozen
and time has come full circle
It doesn’t seem to matter
what day
what country
what people
Freedom must be held inside us
and protected fiercely
private and sacred as a stone
which comes from forever and before
which belongs to no one, and each of us
No, not the stone
but the gaps and sparks between the molecules
that make the stone
In these spaces, something resides
so elusive that no one can take it away
Liquid and vapor
never still
passing
from one to another
like a smile.