Stand Tall Mi Gente! is an uplifting performance about the importance of youth voices and the power of speaking out. The Holyoke-based ensemble created Stand Tall! to address social justice concerns through the lens of their own life experiences. Stand Tall! incorporates monologues, movement, storytelling, dance, poetry and drumming and touches upon identity, family struggle, hyper-masculinity, homophobia, and most importantly believing in one’s own voice. 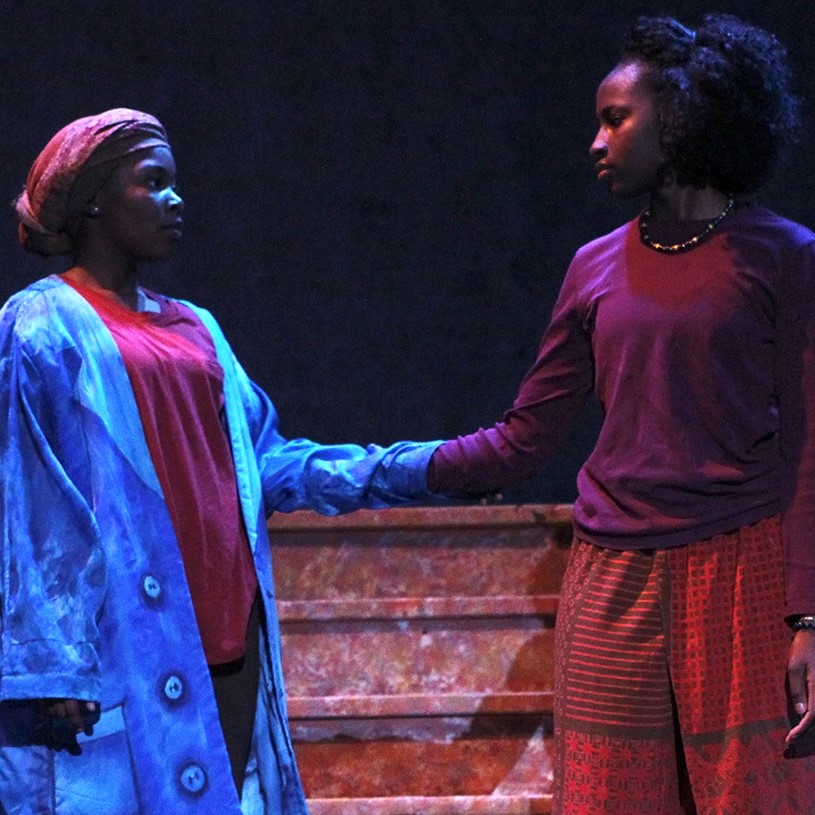 t e n d e r n e s s is a multi-lingual, physical theater piece that contrasts the dehumanization at the core of violence with the eternal power of human tenderness and connection. Inspired by events in Guinea, West Africa, Darfur, and the US, tenderness incorporates ensemble members’ experiences with violence, including war, street violence, police brutality, the school-to-prison pipeline, mass incarceration and human connection. 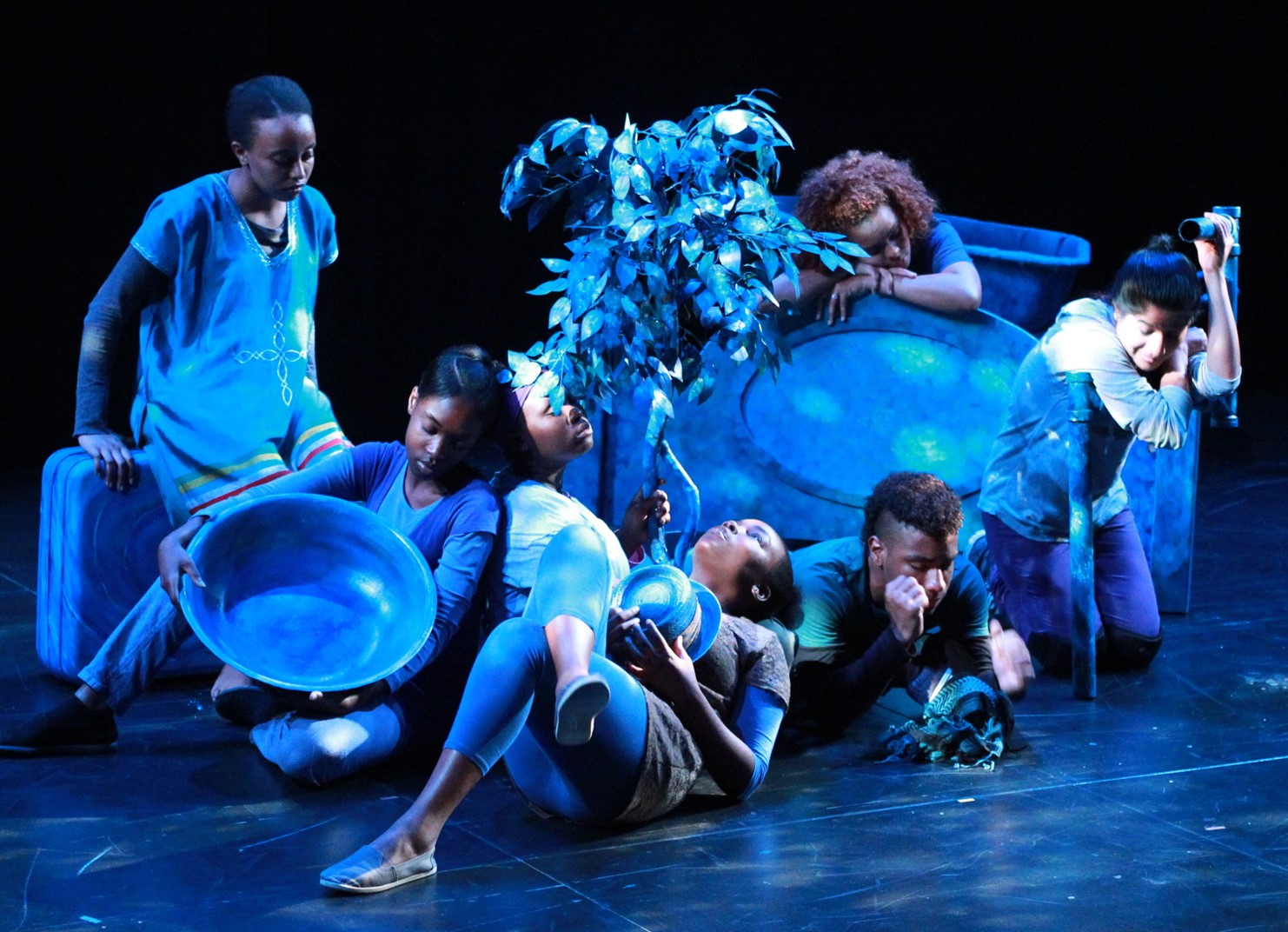 fo n' ale (we must go),  is a visual poem that embodies the melancholy of leaving. The piece incorporates dance, music, poetry, and seven languages: Kirundi, Nepali, Haitian Creole, Amharic, French, Spanish, and English.  Eight travelers originating from around the world have left their homelands for different reasons and find themselves traveling the same path. A waking dreamscape in which past, present, and future are interchangeable. Memories infuse their dreams, and time obscures the shape of memories.

Fo n' ale  suggests how there are moments in our lives when the impact of experience is crystalized, and carried forward in time with such vividness that the past becomes present, and continues to live within us.  These moments sustain as fiercely guarded memories, sources of power, as they shape and nourish identity, infusing all that we carry with us into the future. 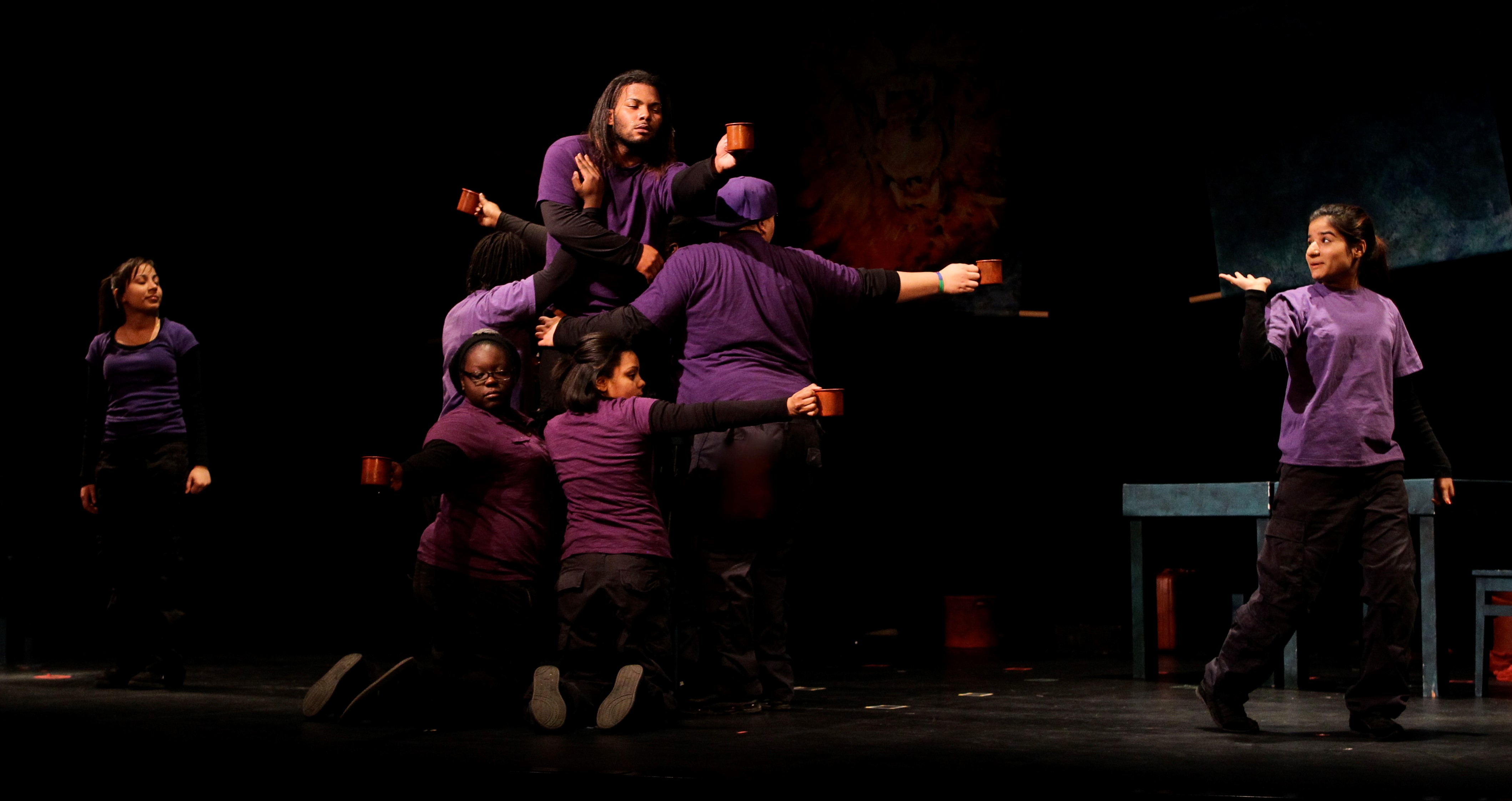 Ripple Effect is based in the personal narratives of the First Generation Ensemble, a group of young adults living in Springfield, MA.

Ripple Effect transforms the stage into a meeting point for their diverse lives that span four languages, Kirundi, Nepali, English, and Spanish, and three continents. Through poetry, movement, monologue and storytelling, the audience is transported from Springfield, MA to a U.S. army base, through a refugee camp in Tanzania, to witness a Nepali family’s struggle for recognition. Ripple Effect is a powerfully-crafted means of sharing the strengths and struggles of the ensemble members’ journeys, families, communities, fantasy worlds, and dreams for the future.

Over the one and a half hours, the Ripple Effect connects the lives of Springfield youth to global events, such as the genocide and child soldiers of Rwanda/Burundi, and ethnic cleansing in Bhutan. Ripple Effect also addresses local and international issues, such as, addiction, HIV, foster care, and homophobia. Ripple Effect was directed by Julie Lichtenberg, Lesley Farlow, Elsa Menendez and Julissa Rodriguez.

Northampton Center For the Arts

Evolve Without Borders: An Intergenerational Gathering of Global Theater Artists

Hampshire Jail And House Of Corrections

Our Place' Holyoke Shelter (with Paris)

Hampshire Jail and House Of Corrections