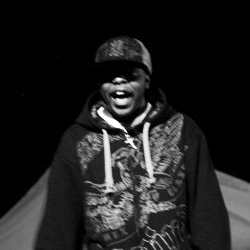 Rap Mantans
Dancing for white man
Now you reppin your hood on Indian land
White man lies
Look into a white mans eyes
Who’s the real criminal since Columbus’s time
I’m the truth, that same bullshit in your rhymes
You goin clap something, but where come room for realize
I’m from the hood, but before that comes the realer things
Like how they tore us from home, made us slaves
Put us in projects like animals in a cage
Showed us life at the lowest class, poisoned our brains
Made our lifestyle cold
On da land of lost souls
Some parts in my hood, one time don’t go
How many rocks have you soldTo white folk though
Close to none. Son, you surrounded by your own
I understand though, I’ve done the same
I’m still cleaning the poison out of some parts of my brain
If it aint AIDS, its drugs
And if it aint drugs, the some got clapped
Some natural, but when last you heard it at.
They killin us softly, playing the sucker
I hit the suburbs, sell to these rich MF
Eye for an eye, tooth for a tooth
Fuck America, we got our own flag to salute
Red White and Blue,
Liberty and justice for who?
That aint what X died for, X died for the truth
You letting the power of loot close your eyes to that
And it’s easy to put a knife in a blind man’s back
Wake the fuck up, see whats goin on out here
I know little kids with guns that will clap you and don’t care
We’re in a war zone training for warfare
Don’t flip on me, the enemy right there
Why we scared to speak out to one another
Is it because if you did, you feel like a sucker?
And if somethings said to us, why don’t we listen to one another
So I ask you again, does it make you feel like a sucker?
So tell me are you leader or follower, brother?